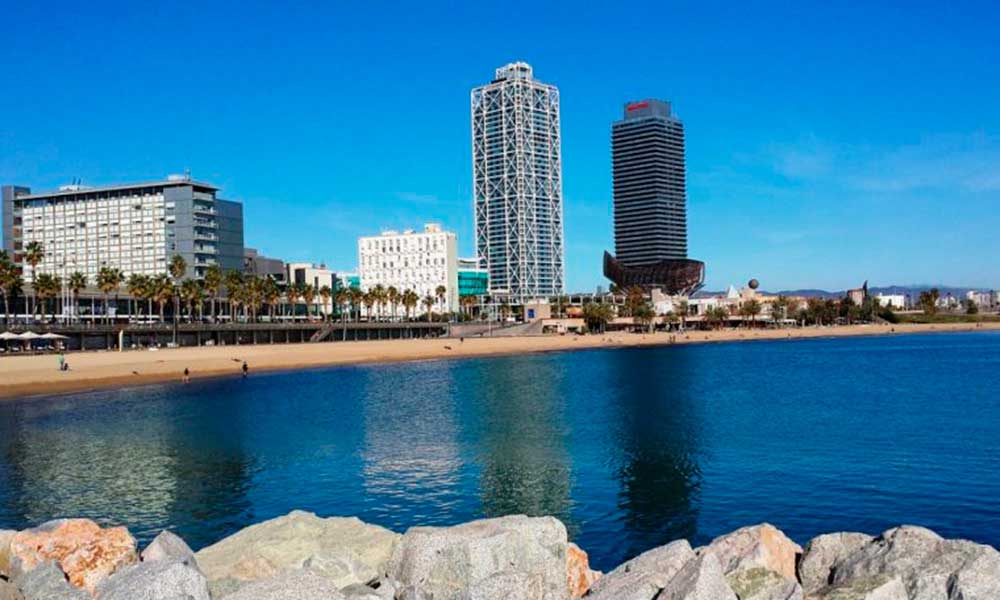 Poble Nou and Vila Olimpica are probably the best known areas of the district of Sant Marti.

During the industrial revolution of the XIX Century, the area of Poblenou (meaning “new village” in Catalan) was the centre were most of the factories were located and the working class lived, to the point that it earned the name of the Catalan Manchester.

As the factories were progressively abandoned, the place was left decadent and empty.

The Olympic Games gave the city the opportunity to recover what was basically a dump by the sea and turn it into the beautiful beaches we see today.

Vila Olimpica (as the name clearly suggests) was the base of the Olympic Village, and it was built for the occasion.

The redevelopment of the adjacent area of Poblenou followed shortly.

Today, the two areas are mainly composed of large streets and recent buildings with bright flats. Just because most of the constructions are quite recent, it is usual to find buildings with lifts, underground parking, and contemporary distributions (no rooms without windows, for example). However, what is missing completely in this area, is the character of the classic and Modernist Barcelona: no Catalan vaulted ceilings, no hydraulic floors, no beautiful façades and decorated entrances… What we find (with few exceptions) is exactly the same type of flats we can find in any modern city.

Poblenou enjoys a privileged location, very close to the beaches and quite close to the city centre, although far enough to preserve a sort of “village” feeling and to be protected by the tourist invasion. Even during the peak Summer season, the beaches of Poblenou are mainly attended by people who live in the area and guests of the many local hotels who decide to have a break from the sightseeing sprees.

Also, the complete lack of any landmarks preserves the area from becoming a tourist destination.

The centre of the life in Poblenou is the famous Rambla de Poblenou, a beautiful semi-pedestrian street, lined by trees and full of shops, restaurants, and cafes with outdoor terraces.

As we move away from this street (both sides) the area gets quieter and quieter, with fewer shops.

After the Olympic Games, the new buildings at Vila Olimpica were turned into luxury apartments.

The plot quickly developed into a high-end residential area due to the proximity to the sea.

It is one of the areas with the lowest density of population and it is the seat of the UPF Centre with the Faculties of Economics and Entrepreneurial Sciences, Political Science, Law, Humanitarian studies, plus a number of research centres.

The centre of Vila Olimpica’s nightlife is the Olympic Port that features the two famous towers (144 m high), the Casino of Barcelona, the huge “Peix d’Or” (Goldfish, a large metal sculpture designed by Frank Gehry), and plenty of restaurants, bars, and nightclubs.

With the increase of the “cheap” tourism in Barcelona (young tourists mainly from Northern Europe) this beautiful area by the sea has experienced a dramatic change. It went from being a quiet residential area to being invaded by young tourists at night who go party in the many nightclubs by the beach.

The quality of some of the restaurants has also decreased as they sold themselves to become destinations for buses of tourists, with the consequence of an increase in prices and a decrease in the quality of the food and the service.

However, it is still possible to find some very good restaurants, including on the beach, with good service and excellent food.

There are not many shops in Vila Olimpica although the proximity to the city centre does not make this a problem. Additionally, the Icaria shopping centre is located in this area and it includes several shops, supermarkets, and a multi-screen cinema that shows movies in original version.

The whole area is served by the underground Line 4 with different stops that go from Vila Olimpica to Poblenou and further on to Diagonal Mar.

Transport links include also several buses and the streetcar line.

Both Poblenou and Vila Olimpica are the home of many foreigners living in Barcelona, who are attracted by the proximity to the sea. They are both very good areas to live in (I personally prefer Poblenou because of its “village” feeling). Only, before buying, go check the area at night (especially in Vila Olimpica) to make sure it is quiet enough.

The Properties in Poblenou and Vila Olimpica

The combination of the proximity to the beach and the fact that the buildings are mostly modern constructions with lifts and often communal areas with swimming-pools and gardens, pushes the price per m2 in these areas above the average of the district (without considering Diagonal Mar).

Whenever you see a very affordable flat, they are either ground floor former shops with almost no light, or they are located in some of the areas not quite developed around the underground stations of Llacuna or Bogatell.

These are parts of Poblenou that are still predominantly factory areas. There are little or no shops and the buildings are not as nice as in Vila Olimpica or by the Rambla de Poblenou.

Something interesting that is possible to find in these areas, are beautiful lofts. Part of the old factories have been converted into lofts, sometimes with terraces. Some of them are still located inside the factory building, and the owners reach them by walking through the factory entrance and going up in the lift truck.

If you are after some of these original properties, then this is the area you should focus on. Most of these lofts are located in the areas of Bogatell and Llacuna, which are not that exciting now but will be one day, as the development of Poblenou stretches out towards its borders.

The average price per m2 in the district of Sant Marti has slightly increased over the past year (source Habitaclia, October 2019).

The current price per m2 of 4.788,38 € is the average of the prices in all the areas of the district, which includes higher prices in Poblenou, Vila Olimpica, and especially Diagonal Mar (subject of another dedicated post), and lower prices in the other areas. Sant Marti is a large district, and it includes areas such as La Verneda i La Pau, Besos, and Sant Marti de Provençals where prices are still low.

The flats in these latter areas are not interesting at all from an investment point of view. The typical constructions are very large buildings mostly inhabited by immigrants from either South America or the Arab countries.

In Poblenou, flats with a price per m2 closer to 2.500€ are usually ground floor former shops or warehouses, without the licence of occupancy, This does not mean that you cannot convert them into lofts but they would hardly match the legal requirements in terms of windows and ventilation. While this is not relevant if you plan to live there, it can become important if you want to sell or rent out the property as this would affect the price.

Around 3.500€ per m2 it starts to be possible to find a renovated flat in quite good location. However, properties around the Rambla de Poblenou and the adjacent streets, and properties very close to the beach in Poblenou rapidly reach a price per m2 between 4.500€ to 6.000€.

In Vila Olimpica the lowest prices per m2 start around 4.000€ and increase to around 6.000€ to 8.000€. There is also a lower availability of flats as the area is smaller.

Have a look at our properties for sale. 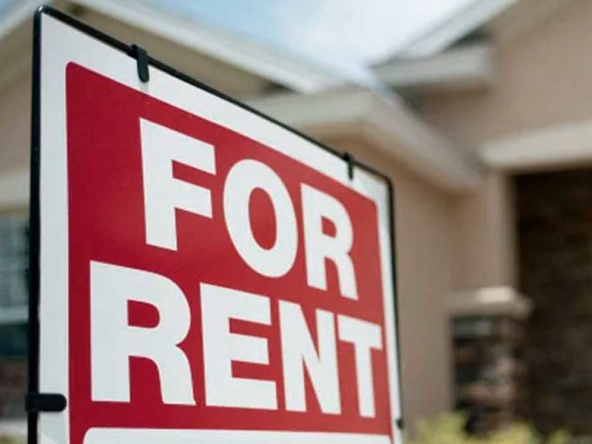 The Three Ways To Rent Your Property Out in Barcelona. Which One Is Best?

Most of my clients, and in general most foreign investors, buy in Barcelona to achieve the double...
Continue reading
by Daniela Gnecchi 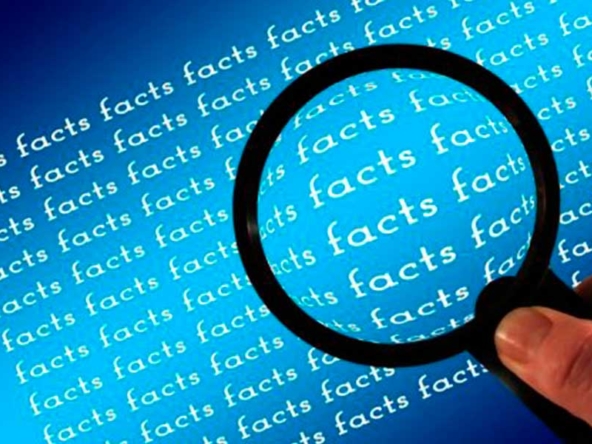 Even if less frequently than a couple of years ago, still several clients contact me to "look for...
Continue reading
by Daniela Gnecchi 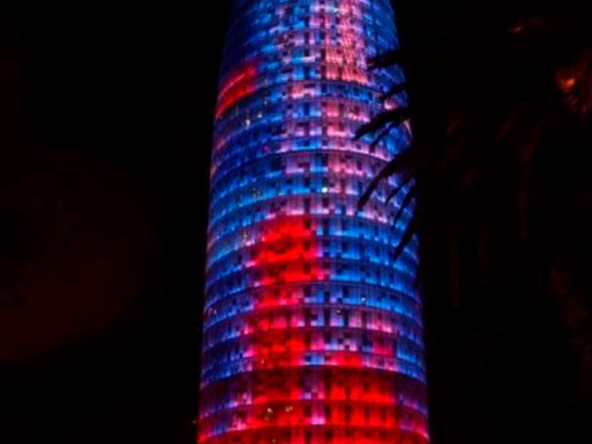 Please enter your username or email address. You will receive a link to create a new password via email.

This website uses cookies to improve your experience while you navigate through the website. Out of these, the cookies that are categorized as necessary are stored on your browser as they are essential for the working of basic functionalities of the website. We also use third-party cookies that help us analyze and understand how you use this website. These cookies will be stored in your browser only with your consent. You also have the option to opt-out of these cookies. But opting out of some of these cookies may affect your browsing experience.
Necessary Always Enabled
Necessary cookies are absolutely essential for the website to function properly. These cookies ensure basic functionalities and security features of the website, anonymously.
Functional
Functional cookies help to perform certain functionalities like sharing the content of the website on social media platforms, collect feedbacks, and other third-party features.
Performance
Performance cookies are used to understand and analyze the key performance indexes of the website which helps in delivering a better user experience for the visitors.
Analytics
Analytical cookies are used to understand how visitors interact with the website. These cookies help provide information on metrics the number of visitors, bounce rate, traffic source, etc.
Advertisement
Advertisement cookies are used to provide visitors with relevant ads and marketing campaigns. These cookies track visitors across websites and collect information to provide customized ads.
Others
Other uncategorized cookies are those that are being analyzed and have not been classified into a category as yet.
SAVE & ACCEPT
Powered by